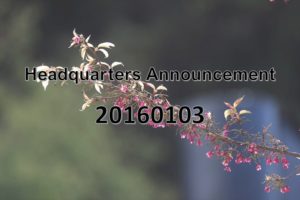 Buddhist disciples, is the master you rely on or take refuge with an ordinary person or a holy person? Is he or she a high monk, a greatly virtuous one, or an impostor with evil views and understanding who fakes to be holy? You have to use your mind to observe them. Because it is difficult to have a human life and to encounter Buddha Dharma, since you have encountered Buddha Dharma in this lifetime, don’t walk the wrong path again. If we wrongly go and rely on a master who has evil views, we will fall into the three bad realms, go through all sorts of sufferings without hope for happiness forever, and miserably meet bad retributions.

You ask, how many types of evil masters are there? That is not something that can be explained clearly in a few words. Because there are too many types of evil, we will tell you the two rough types now. The first type is those who are evil in essence. They fake as Buddhists, mess with Buddha Dharma, and hurt living beings. Their disciples usually cannot see that their master has degenerated and fallen to evil in such a case. For example, some master even asked his disciples to put his picture alongside the Buddha images of H.H. Dorje Chang Buddha III and Shakyamuni Buddha to be worshiped. People don’t know that it is a sinful behavior of evil! Such phenomena are difficult for an average person to tell if the rules are not clear.

H.H. Dorje Chang Buddha III said that His image is “common and inconspicuous, and can be placed anywhere, like in a Buddha Shrine, on an average desk, or in the kitchen, the bedroom, or even on the floor, as long as people abstain from all evils and do all good deeds and keep their practice according to the teachings.” But Buddhist cultivators must clearly understand that H.H. Dorje Chang Buddha III places Himself in the same position as the average people to benefit living beings. The fact is entirely the opposite. H.H. Dorje Chang Buddha III is the real incarnation of an ancient Buddha definitively determined by the Dharma of Vajra Faman Holy Selection (金剛法曼擇決) held by this headquarters. How could He be dishonored?

Of course, to those who do not learn Buddha Dharma, there is no sin for them no matter where they place the Buddha image. But for a Buddhist disciple, especially one who is a master, it is necessary to understand that the Buddha image must be set for worship on a high platform, and their picture can only be placed below the feet of the Buddha. Otherwise, that person must be an evil man committing a grave sin. Additionally, for the purpose to broadly benefit living beings, you should give H.H. Dorje Chang Buddha III’s Buddha image to others as a gift. That is something that can result in great merit because maybe just by doing that, you plant a good cause for others to let their good fortune and wisdom grow, leading them to happiness and bliss! As to whether the other person is a Buddhist, whether they understand the meaning of the Buddhist teachings or how they would treat the Buddha image, it all depends on their karmic conditions. There is no sin in it because they are a novice. No matter what, there are benefits to give them a Buddha image.