Kaichu Jiaozun is a very loyal disciple of H.H. Dorje Chang Buddha III’s. He cultivates himself with a pure heart in accordance with the Dharma. He is an reincarnated rinpoche recognized by Dharma King Mohe. Among a group of venerable ones and rinpoches who received a tonsure initiation from H.H. Dorje Chang Buddha III, Kaichu Jiaozun attained accomplishment at the fastest pace and reached the highest realization. He lived with Dharma King Mohe for a long period of time and followed that Dharma King for over eight years. He always regards Buddhist matters as his first priority. He underwent many tests, both open and secret, and showed tremendous sincerity. Due to holy karmic conditions in following Elder Dharma King Mohe, his merit matured. He was finally able to receive from H.H. Dorje Chang Buddha III a holy form of Inner-tantric Initiation called Xianliang Great Perfection Initiation and Casting of Lots Upon a Mandala. At that initiation, he attained the rainbow-body Dharma state within one hour. He thereby attained rapid realization and accomplishment that had never been heard of before.

Kaichu Jiaozun demonstrated his inner power from the Tummo Samahdi transmitted to him by H.H. Dorje Chang Buddha III in public in around 2010, in which he raised his torso temperature to 92 degree Celsius and cooked a raw egg. Then at the age of 88 on February 9, 2020, with a body weight of 188 pounds, and three deformed fingers resulted from an old injury on His right hand, Kaichu Jiaozun lifted a First-degree Holy Pestle with only that crippled hand and placed it on the platform, surpassing His weight standard by 16 levels. He showed the extraordinary physical quality and strength a holy person has. 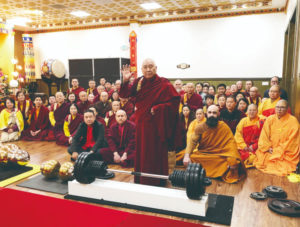 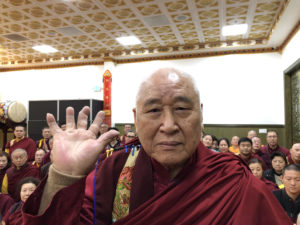 Kaichu Jiaozun lifted the 200-lb pestle onto the platform with only the right hand where there are three deformed fingers and showed His holy strength that surpassed His standard weight by 16 levels. 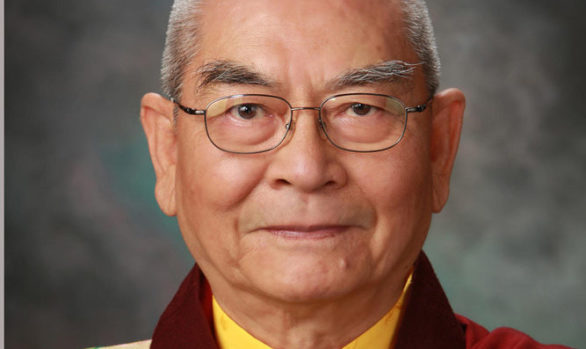 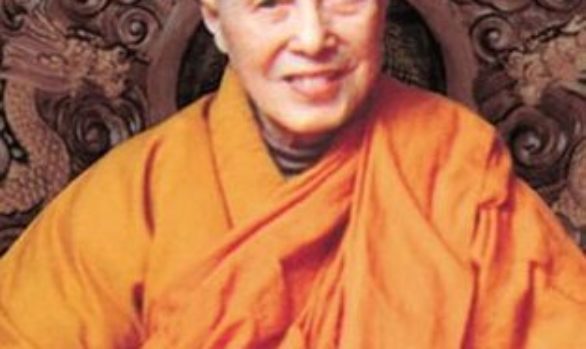 Great Achievers
0
I want to learn true Buddha Dharma. Yes Count Me In!