Determining the Physical Conditions, Strengths, and Health of Male Practitioners of Buddha Dharma

HQ Announcement No. 20190106:Determining the Physical Conditions, Strengths, and Health of Male Practitioners of Buddha Dharma 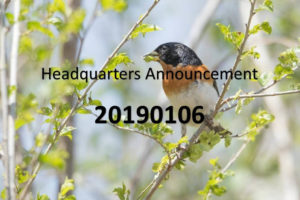 The World Buddhism Association Headquarters has gone through much deliberation and decided that for the sake of preventing evil masters, swindlers, and people of no Dharma realization from feigning as holy people, the test of Raising the Hall-Guarding Vajra Pestle to Platform will be implemented. However, the perfect score will be lowered to 150 points. To determine the fair and proportional testing standards for male Buddhist cultivators, the Headquarters has used the quantitative approach of the Hetu-Vidya to determine the realization states that they have truly attained. Listed below are the testing standards to give everyone a clear understanding. (The weight standards listed in the following table are fair to people of all ages without partiality).

For example, if a Buddhist practitioner is between 25 to 35 years of age whose body weight is 230 jins (i.e. 115 kg), the base weight of Hall-Guarding Vajra Pestle that he must lift with one hand is 100 jins. For each jin of additional body weight above 100 jins, 2 jins will be added to the total weight that he must lift. Therefore, the total weight that he must lift will be 360 jins (i.e. 100 jin + (230 jins – 100 jins) x 2 = 360 jins, or 180 kg). After lifting the Vajra Pestle off the ground, he must wait for the Six Syllable Great Bright Mantra to be chanted seven times before placing the Vajra Pestle on the platform. Then he can be considered having met the standard.

The World Buddhism Association Headquarters has already set up the Hall-Guarding Vajra Pestle at the Holy Miracles Temple. Buddhist cultivators are welcome to register to take the physical strength test to validate whether they have true inner power. Female cultivators are more than welcome to try lifting the Hall-Guarding Vajra Pestle if interested. However, according to the rule of the Dharma, the performance will not be included in the exam score.