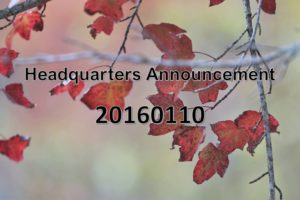 After United International World Buddhism Association Headquarters issued Public Announcement 20160109, some people who practiced Avalokiteshvara Bodhisattva’s Great Compassion Empowerment Dharma have repented. Dharma Master Shi Longhui also made a severe self-criticism and said that it was her mistake. She has cleared up the grave mistake where those people who helped her write articles said things carelessly. The Dharma Master has a good and correct attitude, showing her position as a master. That is the behavior of cultivation. But there was another master who delusionally tried to cover their impure karma with this event. They knew they could not pass the test for a high level, and as such, they brought up a series of absurd, evil, and childish oppositions through their disciples. Their goal is to cast a nonchalant statement that taking the offering money privately from the Avalokiteshvara Bodhisattva’s Great Compassion Empowerment Dharma is what it should be, and a Buddhist’s level of accomplishment or holiness level cannot be determined by the holy test. They expressed that they don’t identify with the Holy Test.

The headquarters considers the excuses brought up by this man to be downright evil views and not worth answering. It is not essential if you identify with the Holy Test. The key is many people went to take the test at the same place in the same session and were more powerful than you. They successfully penetrated the boundary and got into the Safety Region. You, on the other hand, couldn’t break the border to go into the Safety Region. Why? That proved you did not have the dharma power for that level. The Headquarters can never allow such evil and deceiving mind and deeds to wreak havoc in the world.

It is not too late if you genuinely repent yourself now because Buddhas and Bodhisattvas always want to convert bad people to good people. Abandon evil to return to the correctness, forgo bad deeds, and promote good deeds. Only by doing so can you be a master.